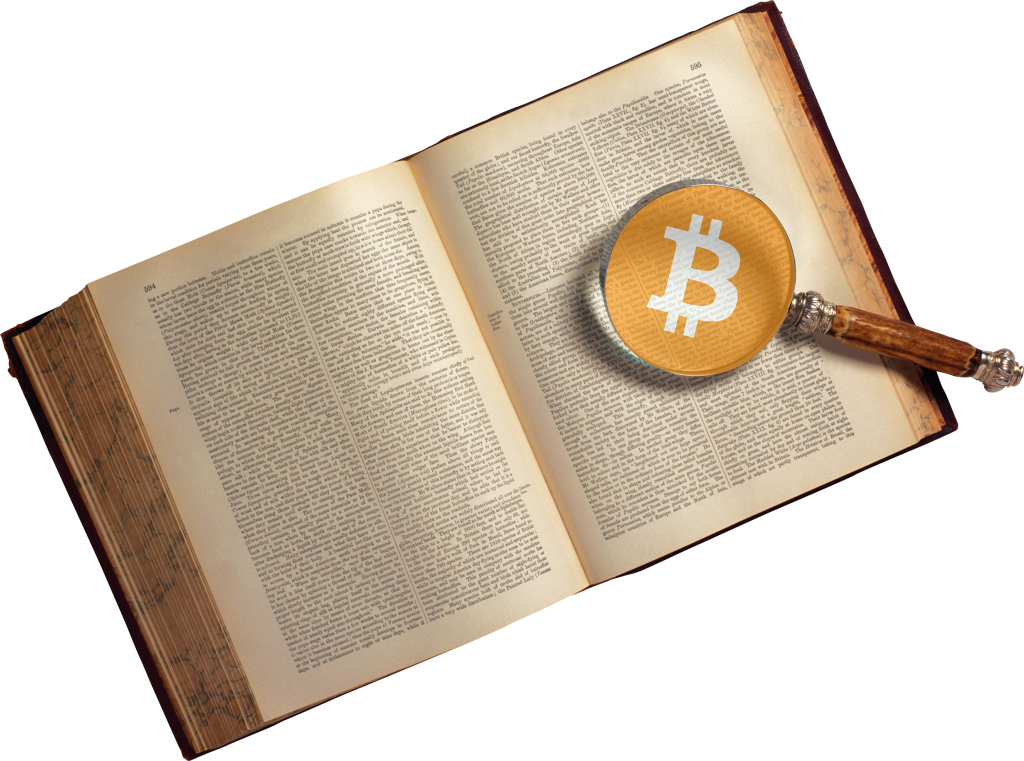 TL;DR: Read The Bitcoin Standard and The Bullish Case for Bitcoin.

I encourage everyone to start at the beginning, and read – or at least skim – the 8 pages which gave birth to Bitcoin:

To get a grasp on Bitcoin you will have to read a book or two. If you only want to read one book, you can’t do wrong with Saifedean’s The Bitcoin Standard. Bitcoin is money, so understanding The Ethics of Money Production is paramount to understanding what Bitcoin is about. If you need a crash-course in economics I recommend reading Economics in One Lesson by Henry Hazlitt. All three books are also available as audiobooks.

If you prefer a shorter introduction, I recommend you read and listen to the following:

Thanks to Bitcoin, my list of books to read gets longer and longer, way quicker than I could ever read them. The books listed below are books I can personally recommend. If a particular book is not listed here, it is probably because I didn’t get around to read it yet. Although there is some overlap, the books are roughly grouped by topics as follows:

I hope to update this list continually as my reading progresses.

Books about Bitcoin which can be read by anyone, no special background knowledge or education required. As mentioned above, I consider The Bitcoin Standard required reading for anyone interested in Bitcoin.

Even though Bitcoin Money is a children’s book, it drives home the value proposition of Bitcoin in a succinct way, making it valuable for readers of all ages.

If you would like to dig deeper or get your hands dirty with programming, these books are for you. Technical knowledge and skills in computer science, programming, and/or mathematics are beneficial.

Bitcoin is capable of being the new base layer of our economy, which is why understanding economics is essential in understanding Bitcoin. Bitcoin’s monetary policy is aligned with the Austrian School of economic thought, which is why reading the works of Austrian’s such as Hayek, Hazlitt, Hoppe, Menger, Mises, Rothbard (and others) is recommended by those who take Bitcoin’s value proposition seriously.

Human Action, Mises’ magnum opus, is freely available as both an ebook and an audiobook.

In stark contrast to our current economic system, Bitcoin does not offer the possibility of inflating the monetary base. Understanding money - and especially sound money - is paramount to understanding the value proposition and ultimate impact of Bitcoin.

All of the above are available for free at the Mises Institute.

Banking is a mystery to most, and central banking doubly so. Bitcoin isn’t necessarily an enemy of the former, but, if successful, it will abolish and replace the latter.

Bitcoin is free, libre open-source software. It is free as in freedom, free as in free speech. What this means, why free software exists, and what the implications of free (vs proprietary) software are, is important to understand the unstoppability of Bitcoin. I would argue that the ethos of GNU and UNIX programming are important cornerstones for Bitcoin as well.

While Bitcoin is in the business of verification and not computation, knowing the limits of what computers can do and what future computers might be able to do can be beneficial to better understand some parts of Bitcoin. I highly recommend Gödel, Escher, Bach because it is a deeply fascinating and beautiful book.

Quantum Computing Since Democritus is quite dense, but it is also quite entertaining at times. The lecture notes which this book is based upon are freely available online. Note that the first couple of chapters stay in the non-quantum world of computing and might help to understand why breaking Bitcoin’s security is so hard. A New Kind of Science is certainly not for everyone, but it beautifully shows how simple rules can lead to complex systems.

Highly improbable events, such as the invention of Bitcoin, are almost impossible to predict. However, Nassim Nicholas Taleb wrote multiple books on concepts that help to foster a solid understanding of Bitcoin. In short, the invention of Bitcoin is a Black Swan event resulting in an antifragile organism. Miners are “fooled by randomness” to keep it alive, and participation requires skin in the game.

Decentralized networks like Bitcoin, and the internet before it, change the way people interact and work with each other. People who work on or create content for Bitcoin are located all over the world, thus regular approaches to work might not produce the best results. I found the following books to hit a certain nerve, speaking as someone who has stepped outside of the regular way of working on things. If you think about working on Bitcoin or other open-source projects, these books are for you.

Many amazing articles have been written about Bitcoin. I am aware that trying to link to all of them is futile, but I want to make an effort and at least highlight some of them. I highly recommend the literature listed at the Nakamoto Institute, the selection of articles read by Guy Swann, and the writings collected by Adam Taché.

One of the best articles to read if you are new to Bitcoin is The Bullish Case for Bitcoin, which outlines why there are very good reasons to be optimistic about Bitcoin’s future.

The Difficulty of Understanding Bitcoin #

Bitcoin isn’t exactly easy to understand. Some of the reasons for this phenomenon are explored in the following articles:

I explore the multi-disciplinary nature of Bitcoin at 21Lessons.com.

Why Bitcoin, and not something else? Because Bitcoin matters, Bitcoin is unique, Bitcoin is fair, and Bitcoin is way better than you think.

If you aren’t ready yet to read books on money, these articles are a great entry point to start learning about the purpose and history of money.

I wrote about how I changed my view on proof of work in Bitcoin’s Energy Consumption: A shift in perspective and in Lesson 17.

What is Bitcoin? This question is surprisingly difficult to answer. It is a network (Bitcoin), money (bitcoin), software (various implementations), an idea (the white paper), an immutable record of ownership (Bitcoin’s ledger, aka the “block chain”), a movement, a monetary revolution, and more.

I explore Bitcoin’s identity in Lesson 4.

Bitcoin is not only a technological, financial, and monetary phenomenon, it is also a global revolution. Bitcoin captures the hearts and minds of people all over the world, changing society in the process. Today, tens of thousands of “closet bitcoiners” exist worldwide, and Bitcoin has developed a zealous cult following.

I explore some of the societal impacts in Lesson 1 and wrote about some of these impacts - in relation to current affairs - in The Rise of the Sovereign Individual.

One of the first responses of people learning about Bitcoin is “Yeah yeah I get it… but who controls it?” The question of control is not an easy one to answer, because you have to understand the whole system on a pretty deep level to answer it. The following articles might help.

I explore the question of control (and censorability) in Lesson 6 and in The Magic Dust of Cryptography.

Bitcoin as a Living Organism #

Ralph Merkle famously called Bitcoin “the first example of a new form of life.”. Others developed this idea further, which is - in my opinion - one of the most useful analogies to understand Bitcoin.

I explore the idea of Bitcoin as a living organism in Proof of Life.

Bitcoin is cypherpunk technology. Made by a cypherpunk, based on cypherpunk ideas. I consider exposure to the ideas and ideals of cypherpunk culture essential.

Without digital cash, a cashless society is a surveillance society. While privacy in Bitcoin is not a given, there are various ways to transact privately. The following resources discuss these possibilities, why the right to transact privately is essential, and why it has to be protected.

The following are what I consider excellent articles that didn’t fit into one of my arbitrarily chosen categories above.

One of the best ways to educate yourself on Bitcoin is by listening to the smartest people in the space. Luckily, we are living in the golden age of podcasts, and many great conversations are “open source” so to speak. Disclosure: I was a guest on some of these podcasts. Links to those specific episodes can be found here.

I consider the following podcasts the best in the space:

Although I try to listen to every Bitcoin podcast under the sun, it is simply an unsurmountable feat due to the sheer volume of content. The following podcasts are excellent as well:

The line between the best and the rest is quite arbitrary, but I felt like one very long list might not be as useful as separate lists, however arbitrary the distinction. I enjoy or have enjoyed these podcasts as well:

Some “evergreen” episodes were recorded in the last couple of years. Again, this is a personal selection so it is biased towards certain guests and topics.

I am still in the process of going through the archives, so this list will probably grow over time. If there is an episode missing that you consider one of the best, feel free to reach out to me and shill me said episode.

There are other, more complete curations of Bitcoin content and resources. If you are looking for longer, more varied lists, the following got you covered:

The resources listed above are but a small selection which was particularly influential in my thinking. A sincere thank you to all the people who shared their thoughts and insights, past and present. I have learned so much, and for that, I will be eternally grateful.

If you have suggestions for content or improvements, feel free to open issues or PRs on GitHub or reach out to me.